Other Little Magazines # 22 – Rainbow of Archizines

When Disegno arrived at my doorstep around the last days of December, I browsed through its tactile, lushious pages and decided that this was it.

With so many new things* piling up, I absolutely had to do a round up of some of the inaugural issues of ‘little’ magazines that, while lying in my office floor, also took part in the recent and continued revival of the archizine. 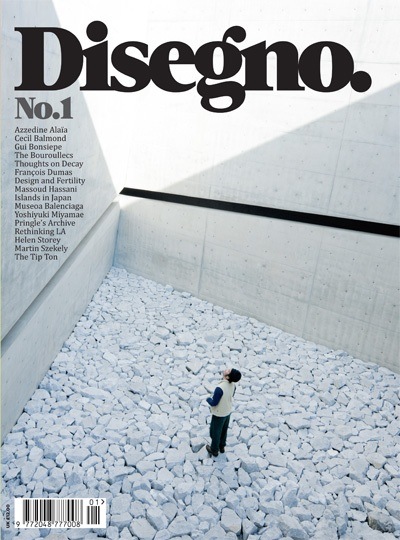 Intriguingly so, Dissegno itself spoke of how design magazines have been consciously pushing the borders of the architectural, not only into ever-new interdisciplinary connectivities or wide web platforms, but also ending up in territories that no longer pertain exclusively to architecture.

There was a time around the beginning of the 20th century in which design, in its acception of object creation, was still the bastard offspring of architectural mastery. Now, as it somewhat scandalously seems, it is architecture that more often than not is seen under the wide and prolific umbrella of design culture.

Thus, what once was for me the quintessential compel of an event such as ExperimentaDesign – the notion that activities as far apart as graphic design and urban planning are unified under the broad cultural inheritance of the progetto – is now also the implicit drive for the editorial mission of previous Icon editor and Disegno founder Johanna Agerman Ross.

But alas, moving to another continent has a way of being hard on your luggage selection, and so I’ve decided to focus this update on two geographically bounded magazines that appeared during last summer, one in the unlikely – or not so – outskirts of Porto, the other in no longer so classical Rome.

The first of those, Peachvelvet International, or PI.MAG, belongs to a not unpredictable trend of publications catering locally to all the resilient lovers of an enduring, softly hued architectural minimalism. 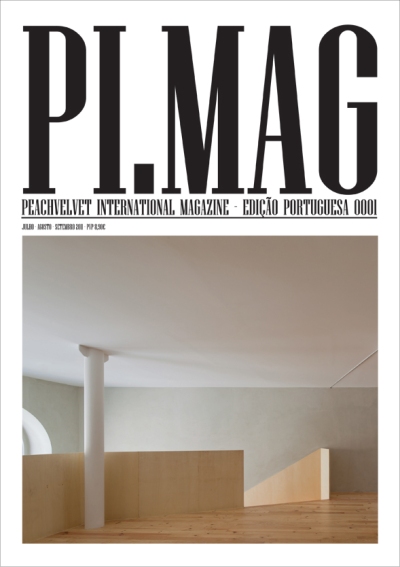 This is all about the well-respected late modern tendeza that is still creating bridges and bonds for lone, misunderstood architects in disparate locations like the Iberian peninsula and relevant sections of the islands of Japan, United Kingdom or Switzerland.

PI.MAG’s opening manifesto is naturally and wikipedically about the color “white,” which as we know nowadays comes in manifold gradations right down to pitch black. Grey is thus welcome into the mag’s velvety, impeccable pages.

And while overall blinding white is still the domain of dodgy radicals – and being that the editors are “not obsessed with white or white buildings” – the delicate, tactile palette of this zine also welcomes the faint tinges of birch or even the manly rusty orange of Corten steel.

So as to complete its eulogy of descriptive, tint neutrality, PI.MAG rounds off with a piece of criticism – yes! amazing! – that dedicates yet another diatribe of fine ironical analysis to the color “green” and its many sustainable shades.

At this point we are finally allowed to uncover that “green” is not only the new black. “Green” has also become an ideological tool that conceals the lack of architectural quality of all the buildings that refuse to be simply and naturally… white. It really makes you wonder.

Boundaries speaks of entirely dissimilar colors. And that is suddenly warmingly welcome. As you flip through the magazine, you cannot avoid the color of dirt, and the color of people, and the color of naïve attempts at happiness. And this is good, and it feels right in a time in which a politics of radical aesthetics has to substitute again for the faint aestheticizations of the nice and cute.

As stated in its inaugural editorial, the borders in this magazine are not intended to be that of “the political frontier.” However, there is a bold desire to push some edges, namely in regards to what the stances of the architectural profession have been within a “new economy.”

As a peer-reviewed magazine that gets architects, researchers, urban planners, historians and geographers together, Boundaries is precisely about not being neutral, about joining forces, about enrichening the dialogue with differing positions. It does not acritically want to just caress the well established. And that is as promising as dedicating its first issue to Africa.

Opening up to Africa’s many realities, the project reviews in Boundaries reach from cooperation to tourist operations. In either case, they recall what to me emerges as still an essential problem: how to sustain the innovative qualities of architectural research when cultural and material resources are scarce.

And this question somehow relates to a worrisome impression which has often overcome me along the last couple of years. This is the possibility that, rather than the emergent economies we’re currently looking at, Africa might indeed be the future. For the better and the worse.

In that sense, it is only logical that we start paying some serious attention to this large, often forgotten continent.

Posted in other little magazines

Welcome to the New World

No. This post is not yet another tribute to Terence Mallick – although I did offer The New World* dvd to my brother over Christmas. Neither is it a sardonic bienvenue into the harshest year the Old World is about to see in a long time. (Nor is it a self-congratulatory note on my new appointment at MoMA.) 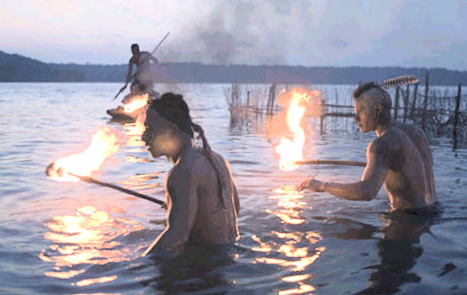 The New World. Image via satyamshot.wordpress.com.

Nope. This is only a small reminder about paradigm shifts, and changes and opportunities provided by ideological crises and stagnant realities, and the way in which architecture may these days be finally metamorphing into something completely different – as the Monty Python would surely put it.

So, this is also about the last article I’ve published in 2011, as it just came out in a great issue of MAJA, the Estonian Architectural Review. Facing the theme of architecture as event, this was ultimately a reflection on the idea of networks vs. affiliations, of which I want to give you a new year’s gift of an excerpt:

Is architecture a technical service or a cultural production? Is it both? Or is the profession actually splitting to accommodate potentially contrasting positions? Such questions illuminate how, within a heavily mediated context, social networking and cultural exchange acquire a renewed relevance. Pierre Bourdieu has classically written on how the fields of cultural production – what he, in fact, called the economic world reversed – always contain two opposed sub-fields. In contrast with a sort of extended, middlebrow production that engulfs the majority, one of these sub-fields is a restricted territory to which only a few can belong, but which actually determines the effective symbolic values at play in the whole field. Still, he considers that the two sub-fields are magnetically united by permanent transactions, including players who, by ascension or declassification, move from one sub-field to another. But what if these two sub-fields are actually splitting into two entirely different professions? What if a part of the architectural profession, namely its restricted sub-field, is detaching itself into an autonomous sphere that, although it might still inform and produce reflection on the world of construction, is no longer tied with the dimension of architecture as technical service? This would mean that a section of the profession would acquire independence as a purer form of cultural production. And would thus be ruled by the thorny, uncertain laws of culture making. Intrinsically, more than formally, this world would then be inevitably closer to the functioning of the art world – with its galleries and museums, and its biennales and events, and its collectors and markets, its media and formats, and its power games and exquisite social networks. It would be as if the Moon stopped orbiting around the Earth and turned instead to Mars. Well, beware. The Moon is already making its way to Mars.

In Architecture, Networked Cultures and How to Make the Most of Them, MAJA #70, Tallin, December 2011