Incognito in Lisbon, I happened to pick a strange day to again visit the streets that, no more than six months ago, I used to walk two or three times a week. As it was, I soon realized that Lisbon’s downtown was unexpectedly packed due to a bizarre event in the city’s most prized praça.

Praça do Comércio, a.k.a. Terreiro do Paço, is like a Spanish plaza mayor but with a twist: one side opened onto a wide, sumptuous river.

This is the kind of small, but generous spatial detail that has always made the difference between nuestros hermanos’ obstinate colonial urbanism – which led to grid-locked cities like México City – and the sensous, easy-going Portuguese city-making, which gave the world its most beautiful city: Rio de Janeiro.

During some of its many lives, Terreiro do Paço was a carpark during the Seventies and got polemically redesigned two years ago – when it also received alternative visions such as the one below, by this humble servant of yours. 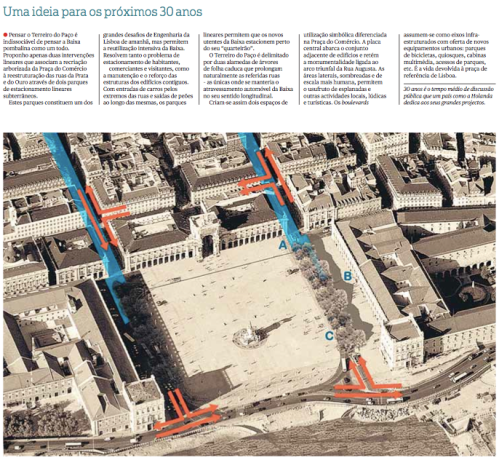 Nonetheless, as a part of the larger Enlightnment plan that allowed for the reconstruction of Lisbon after the infamous 1755 earthquake, this truly royal amphiteater was conceived as a welcome space for incoming imbarcations – a maritime entrance to the city at the vaguely fabulous time when airports had not yet transformed traveling into a sucession of non-places.

This peculiar weekend, however, the magnificent Baroque setting where once the King had offered river fireworks* to the people – became the rental venue for a populist mega-picnic. In essence, as Lampedusa would say, nothing changed. 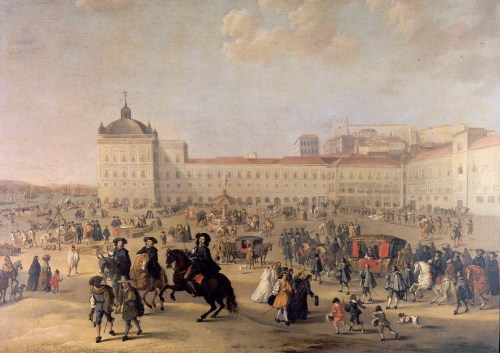 At this time, one of the richest men in Portugal, a supergrocer, offered the people cattle in corrals, pimba singers and five tons of food (being that the latter was, at least, providentially channeled to increasingly demanded-upon charities.)

This was not a case of pearls (or brioches) to pigs – which sounds too much like the kind of elitist afterthought that the politically-correct elites have learned to avoid – but one of pigs to peasants, which, carefully considered, is also somewhat of a less cynical statement.

A huge marketing operation for Portugal’s biggest chain of hypermarkets (and their anchored jumbo shopping centres), the event certainly deserves a short description beyond the praise offered on national TV by a former representative of the Portuguese gauche-caviar, now a most active representative of the city.

Imagine an historical, symbolically charged public space taken over by a highly-organized guerrilla urban farming, and you’ll start to get the picture. 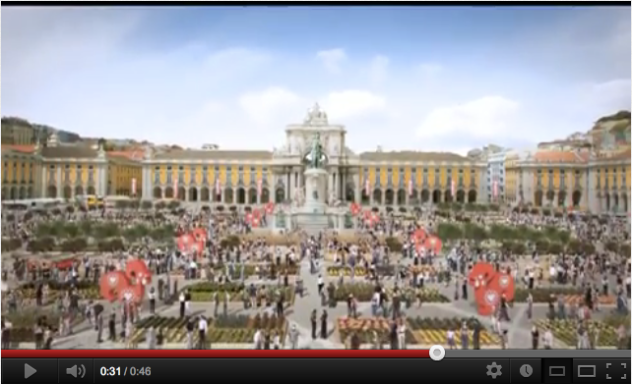 The corrals were actually well designed, a cornfield surrounded the statue of King José I, and the smell of coriander was in the air. And, cast against a giant stage for the endless procession of local kitsch, there it was: a megashow of the glorious produce sold by Portugal’s most beloved entrepeneurial empire.

For the first time in their suburban lives, children marveled at cows in their natural habitat – i.e. piles of hay –, while flocks of seventy year olds were dragged in from the countryside in Toyota coaches and acted as self-appointed tour-guides of a rural world made utterly obsolete by European bureaucrats.

I couldn’t but smile in a stupedified state of candor when I realized why the crowds gathered around one of the impromptu pavilions from which techno-folk emanated. If this had been Northern Europe, in similar context I would expect sculptural Russian whores dancing atop the sound-system. Here, it was only an old guy in checquered swim trunks who danced his spirits away behind the beer barrels, drawing a sort of neo-realist laughter from the exurban mob.

The most interesting outcome of the mega-event was, however, how its mega-audience quickly spilled to the nearby city centre. Hundreds of thousands of people – what the absentee Lisboetas would poetically call the ‘país real’ – rummaged through the last remnants of an ultimately sold-out city centre. Some of them would half-proudly, half-ashamedly, proclaim aloud how they had not set foot in Lisbon’s downtown in the previous two decades.

They cheerfully joined the hordes of tourists who had already realized that, in the midst of accelerated impoverishment, Lisbon quickly became the cheapest capital city in Europe. Besides beach and good food, one can buy exquisite antiques, fine leather shoes, top clothing and whatever else for a tiny fraction of their price anywhere else. And all of this without the annoying street riots of Athens, of course.

Rather, as I walked around, I noticed there were no signs of anarchy or unrest in sight; everybody was orderly and happy. Even if the masses carried with them the usual riff-raff of petty criminals, fake pot gypsy sellers, and the odd surviving heroin addict, all of these seemed to content themselves with only intensely eying the beef chicks (or, as the local slang goes, the bifas.)

Only as one would flow away from the epicenter of the megapop picnic, would Lisbon reveal more of itself, like in that lively corner of Rossio in which ginginha-drinking backpackers and black immigrants get together by the Wall of Tolerance and the bankrupt National Theatre.

This corner suddenly felt like an island of cosmopolitanism. There is definitely a sort of lost elegance in meeting in the streets to just talk. Not to smoke like an outcast, nor to binge-drink like an idiot, but just to talk. Small groups of Africans debated European politics, as if to better report back home.

As I myself made my way back home, I still had the chance to see a band of Spanish cokehead pijos laughing and shouting hysterically at the bewildered peasants in an open mini van. Like so many of their Portuguese counterparts, they looked and dressed like advertising people out of the Nineties.

They had rented a tour minibus and were being loud around town, possibly commemorating the eminent bailout of Spain – or, as one could put it in literary gist, rejoicing the very last acts of the Iberian empire.

After weeks of paradoxically uninspiring travels to so many challenging cities – from startling Medellín to unreal Los Angeles, from puzzling Santiago de Chile to spooky Philadelphia – those guys’ shouts in my old neighborhood seemed to have woken me up from a prolonged dormant state. 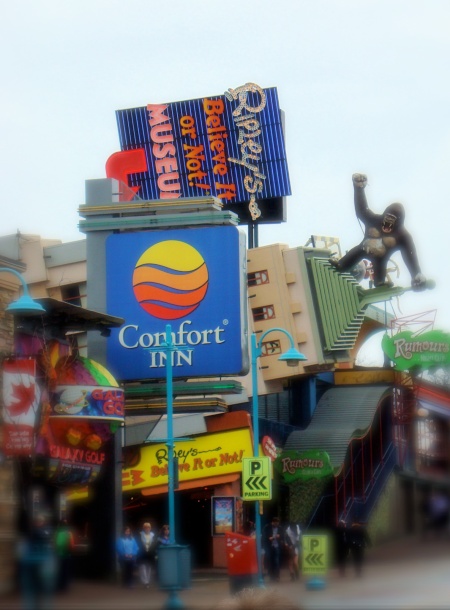 Aspleep in Niagara, © P. Gadanho. From an upcoming travelogue series.

The fleeting and noisy impression of that rattling minibus in the middle of the overheated, overpopulated Lisbon downtown finally instigated me to write again. And it also gave me the title for this post, after a great novel by the Portuguese Nobel prize, José Saramago.

As for that particular old favorite, The Stone Raft tells the wonderful and frightening story of how, most suddenly, the Iberian landmass gets severed from Europe and becomes a wandering jutland. If you are truly following European events you will know how this has again become a suitable metaphor for more than one of the Old Continent’s southern peninsulas.

Posted in all things urban, fiction