Back to Life, Back to Reality: The ‘New Normal’ 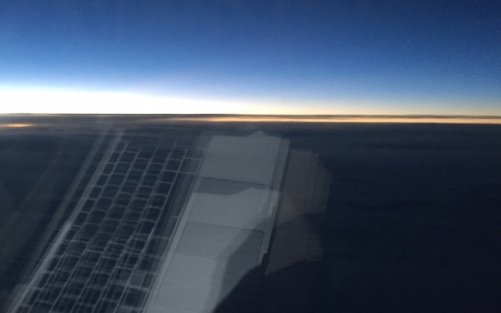 As I get back to Lisbon and Europe,* it would seem almost inevitable that this blog returns to its mother tongue. Now that new challenges take flight, time may prove scarce for the pleasures of the text, but the willingness is certainly here.

A good way to guarantee a certain flow, it dawned on me after my last, distant post, may precisely lie in offering sneak previews — or retrospective extracts — of contributions that I will try to continue providing for different publications around the globe.

As such, the following preview is from“Uprooting Urban Design as We Knew It: The ‘New Normal’ and the Return of Utopia,” a text that I have just delivered for the Shenzhen Biennale.

See you there (and discover the remainder of the essay) in December.

The ‘new normal’ has been diversely portrayed by various sectors of current thinking. In economic terms, it relates to the potential advent of a ‘secular stagnation,’ as former US Secretary of State Larry Summers has put it. The implication is that constant economical growth is no longer the macro-economic rule. In political terms this has translated —and will continue to translate—  into the imperative to impose austerity as a permanent norm. This imposition, on the other hand, represents nothing but a compulsory anticipation of the need to rethink the use and consumption of our resources, soon clearly insufficient to sustain a world population that is growing both in absolute numbers and relative affluence. This being said, we won’t even address the ‘new normal’ of the increasing number of scientists who report the numbers  of a steady progression towards the eventual mass-extinction of the human race.

The field of architecture and urban planning has done little to accommodate and reflect such notions. The majority of the field is still clinging to traditional notions of practice, thus blindfolding itself to violent massive change. In its mainstream version, it takes refuge in the lack of responsibility that comes with its willing transformation into an obedient, acritical service industry. In its intellectual sectors, it still finds it possible to hide behind the bubble of disciplinary autonomy, including both the infantile embrace of parametricism, or the stubborn clasp of a vaguely minimal and conceptual formalism.

The ‘new normal,’ however, demands a radical transformation of practice. And the radical practice means a fundamental uprooting of the meaning of architecture as we used to know it, not to mention the faster mutation of the role of design thinking itself. This is where an utopian drive that was dormant during some decades of post-critical numbness kicks back in.