Off the Beaten Track

As I’m about to leave for a solo conference at BIArch – and one that amazingly succeeds to an artist that I deeply admire, Vitto Acconci – I realize that my regular coming back to Barcelona these days feels like the pleasurable restart of a relationship with someone that has long been absent.

After participating at the EME3 International Architecture Festival, it also happened that I was invited as an independent nominator to choose five works of European architecture to compete for the 2011 edition of the Barcelona-based Mies van der Rohe Award.

I think by now I am allowed to reveal my picks. I selected works that I consider most revealing of unexpected ways to deal with architecture, within so much that has been produced over the last couple of years. It’s an idiosyncratic curatorial choice, but that’s what I guess an independent outlook should always care to be. 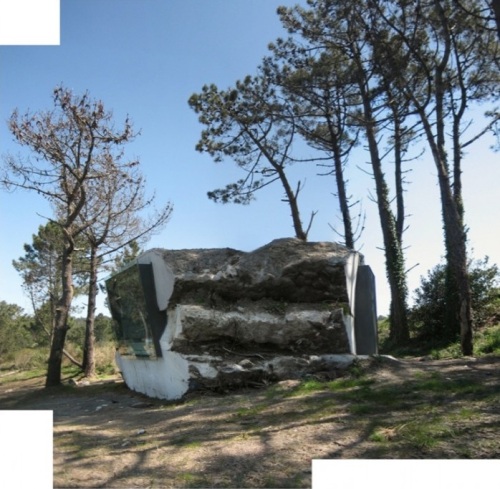 The Truffle is a project by Antón Garcia-Abril/Ensamble Studio in Costa da Morte, Spain. Following on radical experiments like the Hemerescopium House, this is yet another project in which unique processes and investigation turn into a powerful statement on current conditions for architecture.

Namely, La Trufa explores unexpected means to conceive sustainability and the realization of architectural concepts. This is one situation in which scale doesn’t minimize the emergence of a radical architecture gesture.

The House in Never-Never Land by Andrés Jaque is a research into a new ecologically driven architectural design, and one that originally integrates concepts like self-sufficient waste treatment, or compensation for land use. But it also bears the quality of continuing the tradition of those architectural avant-gardes that were long ago subsumed by the most sterile forms of modernism.

In such instance, Archigram’s Walking Cities or Banham’s A Home is not a House may come to mind, while the mechanical language is driven into subtle political stances on hedonism and the current economic status.

HSH architekti’s Vila Hermína departs from an apparently primeval premise – an ugly box that offers itself as a drastic constructive and contextual assertion. As such, it then moves forward to propose an extraordinary revision of domestic spatiality out of the contradictory demands of client and program.

A single, modest object half lost in the middle of the Czech landscape is able to fully disrupt many of the conventions that still dominate the production and reception of contemporary architecture. And this represents the remaking of the discipline on the go, namely as a bold and ironic contribution to contemporary popular and vernacular culture.

The Jellyfish Theatre, now dismantled, was “London’s first fully-functioning theatre made entirely from recycled and reclaimed materials.” Although with a temporary project, Berlin-based Köbberling and Kaltwasser brought a new aesthetics to the main centers of architectural diffusion and debate.

Stemming from the researches of artists such as Tadashi Kawamata or of architectural units such as the Rural Studio, this is an important public acknowledgement of how the interdisciplinary practice of architecture can create critical awareness regarding a crisis of resources that is only at its early dawn.

Last but not least, a Portuguese project. In a moment in which Portugal updates its public school buildings’ network, aNC arquitectos proposed an addition to an existing school in Leça do Balio that both reorganizes spaces and gives new meaning to the previous layout. Conversely, the project also suggests a reflection on how to handle existing material and cultural resources. 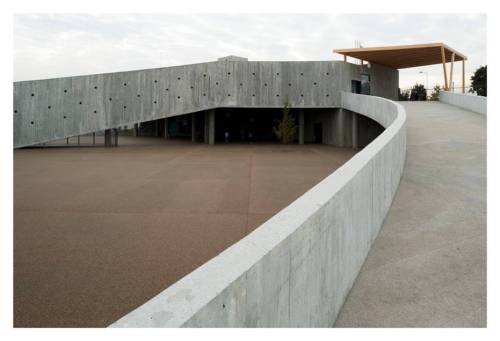 On one hand, current economical restraints impose a more energetic creativity so as to maintain architectural quality. On the other hand, architectural languages themselves have to be revisited and reordered so as to accommodate new hybrid identities with a high degree of comfort and playfulness. Like music, now also architecture culture is to be the object of a permanent practice of remix.

This entry was posted in critique. Bookmark the permalink.