As I research images for my current classes on the 60’s artistic neo-avantgardes,   I realize how, in no more than a couple of years, image resources in the internet have incredibly, relentlessly multiplied.

Ultimately, everything will be made available, thus making a very palpable reality of André Malraux’s conception of the musée imaginaire – that museum without walls which he cleverly imagined and described in the 1950s.

The question about this immense archive – for which soon all production will be directly made, thus making another Frenchman’s reflections come true – is that such museum structure is a-hierarchical and defies the power of the encyclopedia makers and the wishes of wannabe gate-keepers. 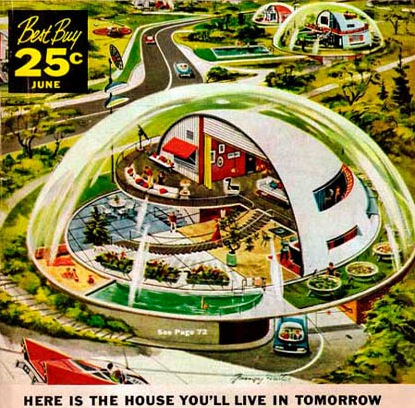 That is why the most amazing imagery of architecture’s imagined futures and its many utopian dreams now appear in a “Weird & Wonderful Things” kind of blog, rather than in an academic, deeply researched study arising from the architectural world. And this, even if the field has its own supply outposts. 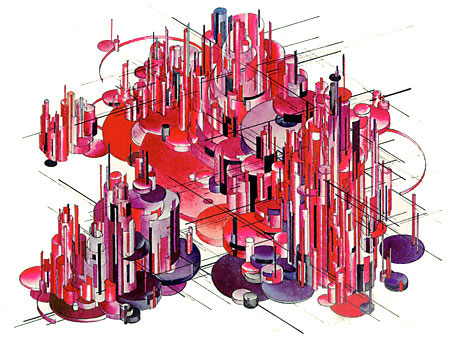 Via the archive of the Iakov Chernikov International Foundation.

In this context, rather than being told what to think, it is left to the reader to take his or her own conclusions and make his or her own theses on what such images might mean as a drive for the architectural realm, past or present.

(Although if you still require some help, you may always start by going back to Lara Schrijver‘s introductory essay in the first issue of Beyond.)

As against the reactionaries who feel that this excess of images may numb our precious intellectual abilities – which makes me wonder who the “us” really is –     I do think that this conflation of images, even if ultimately devoid of anything but captions, may occasionally prove quite stimulating.

As they say, the triggering effect just depends on the luggage you carry around, either producing the effect a single match igniting or the whole fireworks.

Within this new, dumber or richer stream of consciousness, it is as exhilarating as a chance encounter itself to accidentally confront the past imaginary of an overcharged urban density with the ironic inversions Berlin-based artist EVOL performs when he reproduces dull suburban buildings in dull urban appliances. 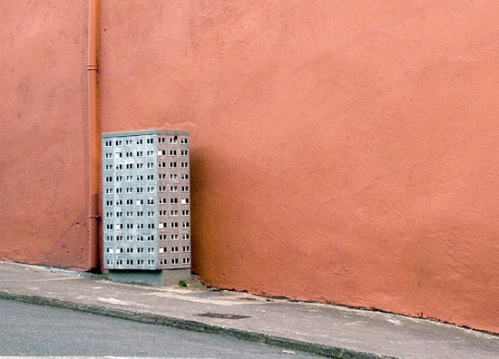 Via here, here or here. But see also this, this or, if you prefer a soundtrack, this…

Also EVOL creates a sort of plastic vision of dystopia, even if only apparently for ants, cockroaches and other small companion urban dwellers.

This is the sort of conflation of meaning that actually reminds me of a student competition I made years ago for a museum for Milton Keynes – that other side of the coin of architecture’s utopian aspirations.

What me and colleague and artist Richard Bentley called the XXth Century Situationist Museum back in 1995, was precisely based on an automated, random device that allowed viewers to always confront four different, unrelated cultural artifacts from the 20th century in each successive room.

Those were, after all, the times in which we were just being confronted with the Internet for the first time…

And my impression now, as reinforced by the 230 papers (!) we’ve just received from all over the world for the Once Upon a Place conference, is that, indeed, the visible proliferation of images comes with a mostly invisible, but also quite powerful proliferation of words and creative thinking.

However, when it comes to deliverance and visibility, advancing a structured mesh of thoughts, concepts and ideas is still slightly more difficult than getting some images together and offer them to the archive and whatever random audience may come across them.

This entry was posted in critique. Bookmark the permalink.

6 responses to “The Archive”